On October 22, 2021, 8,000 trees were planted in the Kurgan Region with the support of the Audemars Piguet Foundation

On October 22, at the initiative of the green movement of Russia ECA in the Kurgan region, in the territory of the village of Zverinogolovskoye (Zverinogolovsky district), an action "Plant a forest" was held within the framework of the project "Southern forest belt of Russia". The event was attended by about 110 volunteers who planted about 2.16 hectares of forest protection belts on the border of the village from Scotch pine. Local residents actively participated in the planting and volunteers from the city of Kurgan arrived. The village of Zverinogolovskoye is located almost on the border with the Republic of Kazakhstan, where strong winds blow from the steppe. The protective forest strip should reduce the wind load (fight against dry winds in summer and snow sweeping of roads in winter). The action took place in difficult weather conditions, in the morning there was snow in the furrows, a piercing wind was blowing, but this did not stop everyone who wanted to plant the forest. The volunteers overcame themselves and the bad weather, did a good job, ate a hot lunch, drank tea and were generally in a good mood. 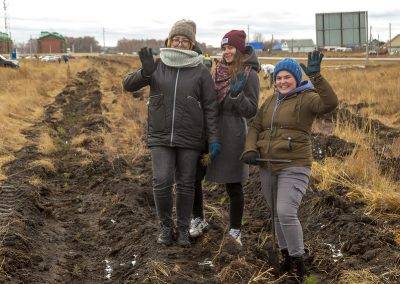 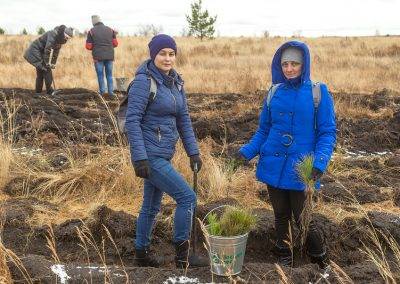 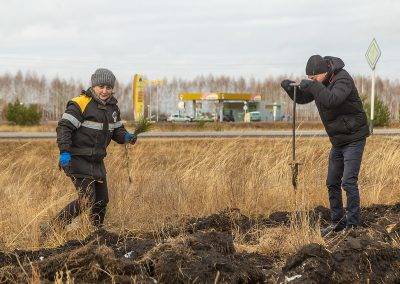 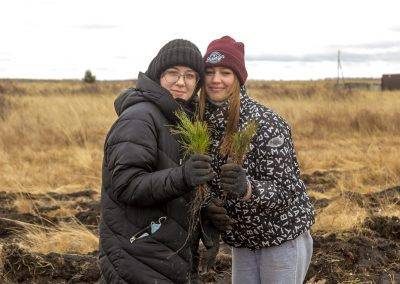 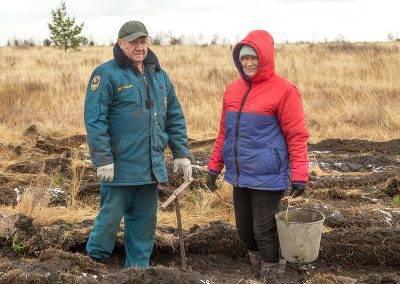