August 14, 16 and 17 in the Altai Territory, a handmade of trees planted this spring was held with the support of S7

The agricultural vehicle was carried out by the employees of the Kosikhinsky LHU with the support of the ECA MOOO. With the help of trimmers, it was possible to process 5 hectares of forest (15,000 trees), which were planted this spring in the area of ​​the S. Polkovnikovo. According to the employees of the forestry, survival was about 80%, which is the norm for the first year and for our region.

The trees have grown from spring. According to our observations, landing with a closed root system gave more growth than with open, seedlings look more and slightly stronger. But in general, they also took root with the open root, they just initially were less. It also became clearly clear why, when landing, it is necessary to choose a seedling with a kidney, and not the entire planting. Those that were with the kidney increased new small twigs, and which were without a kidney - often could not take root. This is better to focus when landing, when we explain the rules for volunteers

Coordinator of the project "Plant the Forest" in the Altai Territory 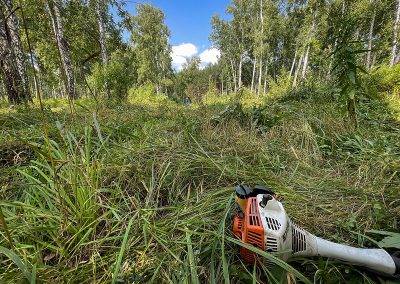 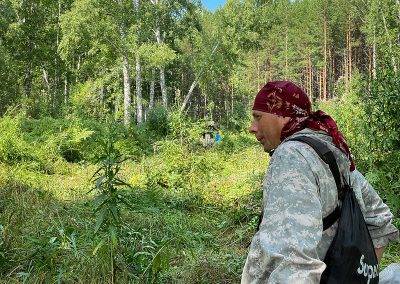 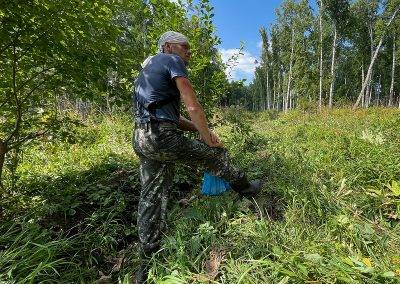 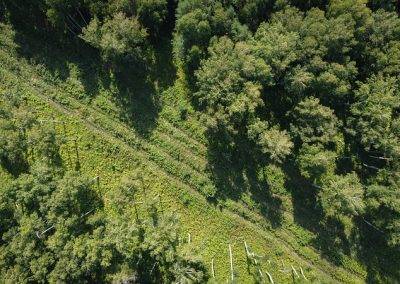 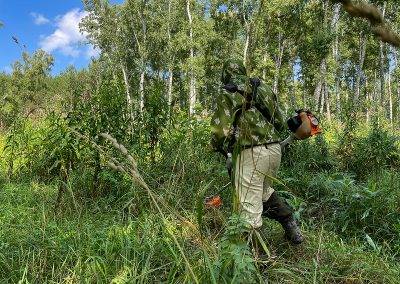 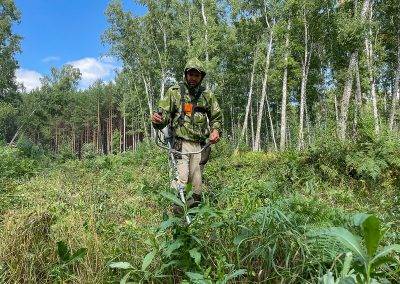